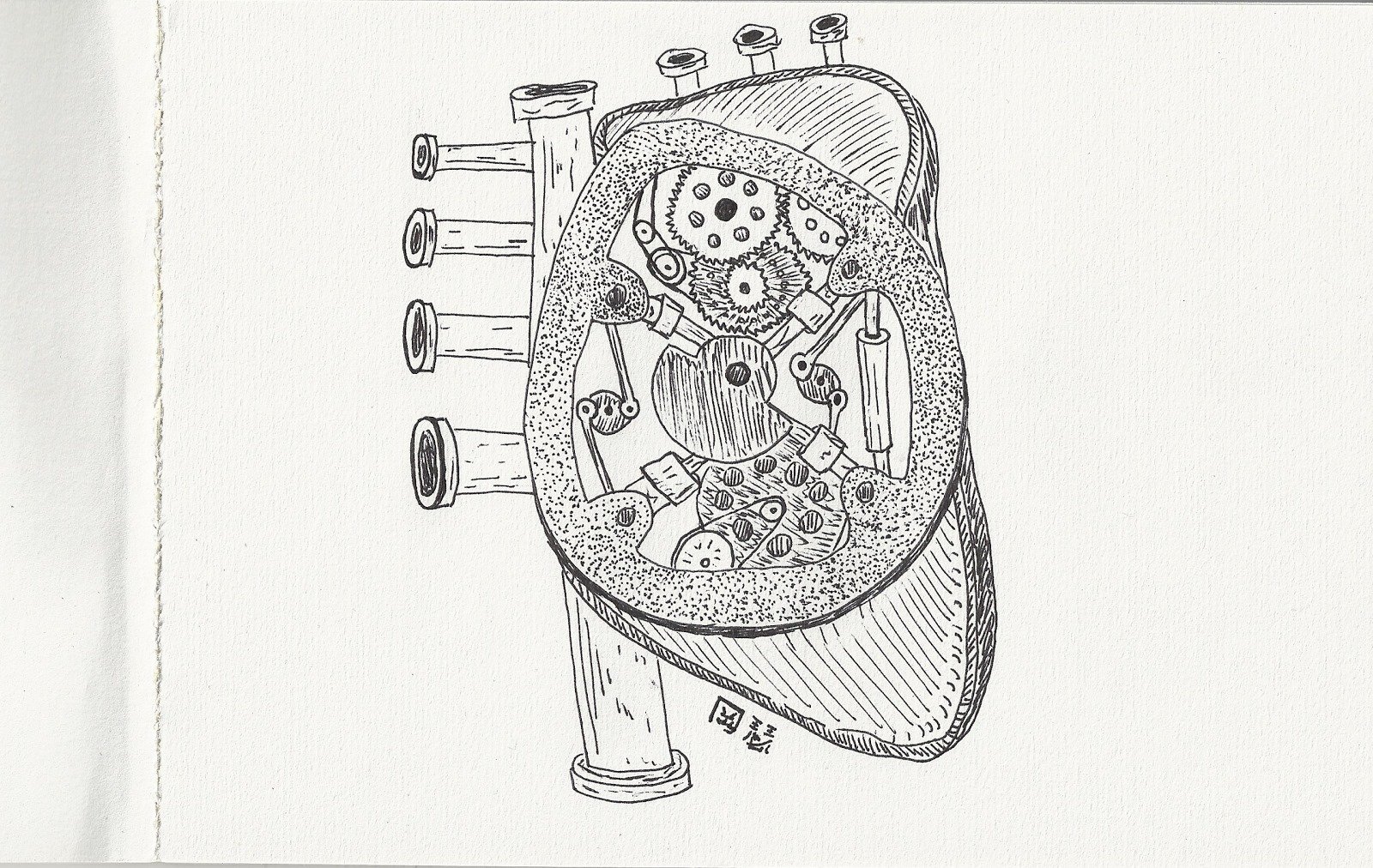 The world's oldest Chinese sci-fi story? It's a robot story written by the Taoist philosopher Lie Zi written in the 4th century BCE!!

As the performance was drawing to an end, the robot winked its eye and made advances to the ladies in attendance, whereupon the king became incensed and would have had Yen Shih executed on the spot had not the latter, in mortal fear, instantly taken the robot to pieces to let him see what it really was. And, indeed, it turned out to be only a construction of leather, wood, glue, and lacquer, variously colored white, black, red and blue.

Examining it closely, the king found all the internal organs complete—liver, gall, heart, lungs, spleen, kidneys, stomach, and intestines; and over these again, muscles, bones, and limbs with their joints, skin, teeth, and hair, all of them artificial.

Fascinated, the king tried the effect of taking away the heart and found that the mouth could no longer speak.