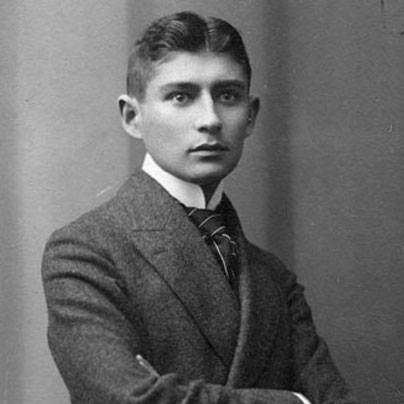 “The actual reality is always unrealistic,’ said Franz Kafka. ‘Look at the clarity, purity, and veracity of a Chinese coloured woodcut. To speak like that—that would be something.’”—Gustav Janouch, from his memoir Conversations with Kafka

Franz Kafka (1883–1924) is revered for such short, expressionist pieces as “The Metamorphosis” and “The Penal Colony,” and longer works like The Trial. This is true not just in the West but across East Asia where writers from Haruki Murakami to Can Xue credit Kafka’s writing as an influence on their own. However, few people know that this influence is circular. Kafka was heavily influenced in turn by Taoism and in fact owned one of the largest collections of German translations of Taoist classics of his age, ranging from Kung-Futse’s Discourses to the works of Laozi and Zhuangzi. As well, he was a fan of Martin Buber’s German translations of Pu Songling's Taoism-drenched Strange Stories from a Chinese Studio.

This influence is explored in numerous contemporary works on Kafka and discussed in depth by scholars like Joo-Dong Lee and James Whitlark. It also makes an appearance in Gustav Janouch’s memoir Conversations with Kafka, in which he recounts his friendship with Kafka. In the section concerned with Taoism, Kafka shows Janouch his library of Taoist texts and praises Taoism for exploring how “[w]isdom [is] a question of grasping the coherence of things and time, of deciphering oneself, and of penetrating one’s own becoming and dying.”

On page 154 of Janouch's memoir, Kafka picks up a collection of Zhuangzi’s writings and points out a passage that he’s underlined:

“Death is not brought to life by life; Life is not killed by dying. Life and death are conditioned; they are contained within a great coherence.”

“The men of antiquity changed outwardly, but inwardly remained unchanged. Today men change inwardly but outwardly remain unchanged. When men change by adapting themselves to the circumstances yet remain one and the same, that is not really change.”[quoted from pages 152-4 of Janouch’s book]

Okay, now, as promised, here’s Zhuangzi’s “The Butterfly” so you can make up your mind for yourself about how these works relate:

A man who dreamed he was a butterfly?

A butterfly now dreaming she is a man?

The man and the butterfly must be different things.

Yet, the man and the butterfly must be the same thing.

This is the mystery of things."