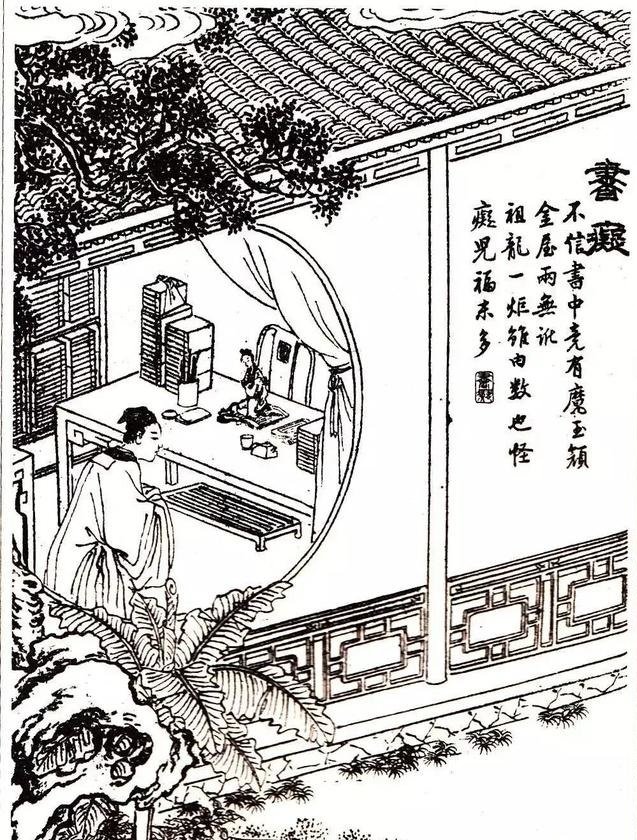 *Thanks to Sarah Dodd of Samovar, Monica Kuebler of Rue Morgue Magazine for the interview opportunities from which some of the above materials are excerpted

What drew you to working with zhiguai?

We’re big horror and weird literature buffs, particularly of the East Asian variety, and particularly in a metaphysical key. Everything from Kiyoshi Kurosawa and Sion Sono movies to Junji Ito and Yuki Urushibara manga, as well as the surreal prose nightmares of Can Xue and the weird work of writers like Tang Fei, Chen Qiufan, and Han Song.

And as fans, it struck us that 1) zhiguai were a key inspiration for Chinese horror and the Chinese weird in the genres of both fiction AND creative nonfiction and 2) that not a lot was known about zhiguai or about Chinese horror or the weird in the West. Usually, if you talk about this sort of thing, attention goes to Japan or Korea—even though the Chinese influence on these literatures is massive.

What’s the history of zhiguai in China?

Zhiguai can in part be traced back to the Chinese Taoist philosopher Zhuangzi (369–286 BCE). He coined the term to refer to storytellers of the strange aka: “guai,” a word which came to mean a strangeness rooted in a reality radically beyond the everyday, but which is nonetheless claimed to be true by the teller.

Specifically, Zhuangzi discusses a man who tells a “zhiguai” about a cosmically gargantuan fish. We’re talking a fish hundreds and hundreds of miles long, with a head so big that your eyes and mind can’t fully comprehend it.

To top it off, this fish—the “kun”—periodically transforms into an equally massive bird, the “peng.” While readers today would have a hard time accepting such a tale as true, it must have seemed plausible at a time when all kinds of bizarre new creatures were being discovered daily, from blue whales to giant squids. And it established a tradition of tales of strange plants and animals being shared in zhiguai collections alongside supernatural phenomena—plants and animals that when described would fill the reader with awe.

Even more significantly for contemporary world weird literature though, and related literary flavors, Zhuangzi also shares a strange tale of his own: “The Parable of the Butterfly.” He doesn’t explicitly name it as “zhiguai.” Nevertheless, it is China’s most famous early weird tale and sets important precedents for zhiguai collections: the inclusion of parables that express metaphorical truths and the inclusion of paranormal dreams.

In Zhuangzi’s butterfly parable, he recounts a dream where he is a butterfly. It’s a very striking dream to him because it feels as real as his waking human life, although his thought processes and perceptions are specifically those of a butterfly. This seemingly autobiographical parable ends in a trippy way too by Zhuangzi asking the reader what he really is—butterfly or man—and wondering about the distinction that exists between things and about the principles underlying their transformation into one another. It’s an amazing work, one that’s just as thought-provoking today as it was thousands of years ago. And its basic plot carries over to modern movies like The Matrix and anime like Sword Art Online, in which a character discovers that they are a virtual reality avatar living in a virtual world. What more can you ask for from weird prose than for it to not just unsettle your sense of reality during your reading but also afterwards?

After Zhuangzi, the term “zhiguai” is consistently used to refer to tales that create an atmosphere and emotional effect of radical strangeness with metaphysical implications, particularly tales that are claimed to be true, literally or allegorically. Some of these are weird in a capital W way, and others are simply weird in a more generic sense—as a synonym for strange, odd, or baffling. These include everything from scientific and botanical anomalies (just think how “weird” a black hole is or quantum physics) to supernatural events. In fact, collections of these tales are classified in libraries as philosophy and history and assembled by historians as a shadow counterpart to their more orthodox work. This was done famously, for example, by the historian Gan Bao (fl. 315 CE). He was inspired to compile a foundational collection of zhiguai after his family had several paranormal experiences in order to explore “shendao” (the ways of spirits).

From Gan Bao on, zhiguai are in most cases united by certain traits. They’re strange in a way that shocks open the reader’s view of reality. And they’re meant to at least attempt to record the true—even if it’s the allegorical sort or not 100% verifiable.

This changes roughly around the eleventh century when zhiguai’s entertainment value starts to become more important to some writers than its truth-telling function. Consequently, there’s a huge influx of comedic zhiguai, “adult” zhiguai, and other sorts. From that point forward, a debate rages. Should zhiguai be a genre of fiction that entertains by way of strange happenings? Or should they be a genre of nonfiction that cracks open the mind by way of strange, true narratives that make their readers realize the limitations of their understanding of the universe?

Today, this debate is still ongoing. Some people think of zhiguai as any paranormal or supernatural story, true or not true, weird or not, and are indifferent to their truth-telling function. And others, like us, are more interested in zhiguai as a very specific type of creative nonfiction, true tales about destabilizing weird or paranormal events or phenomena that can’t be fully understood and which hint that reality is much vaster and mysterious than our conceptions allow.

Where do you most commonly find zhiguai today?

The closest contemporary counterparts to nonfiction zhiguai--what we're most interested in--are “true” glitch-in-the-matrix and paranormal tales. Contemporary zhiguai also include, as the scholar Mingming Liu points out, certain kinds of reality TV shows, like legal or true crime documentaries where a supernatural explanation erupts to the foreground.

Some people as well use the phrase “zhiguai fiction” to refer to fictional Chinese paranormal tales. Those can be found everywhere, from online games to comics and anime.

Additionally, there are also two related terms that you’ll come across pretty frequently in horror circles in China. “Guai qi” and “guai tan” are used to refer specifically to Lovecraftian weird fiction. This is a very popular genre across East Asia, thanks in part to the work of Junji Ito, the popularity of H.P. Lovecraft and Franz Kafka, and of course the long tradition of zhiguai.

We think this whole conversation about terms is very cool and exciting. Through it, many Chinese lit folks are thinking very hard about what to call Chinese weird fiction and about what might define it, as well as related genres. They are also adding to a more general, global conversation about horror, weird, and paranormal creative nonfiction. The creative nonfiction part of the conversation is very timely given that current memoirs like Carmen Maria Machado’s In the Dream House and Augusten Burroughs’ Toil and Trouble are exploring this territory. And it’s a very revolutionary way to think about creative nonfiction—while being at the same time a return to something that was long prized in Chinese culture.

How much of zhiguai are “weird” in an H.P. Lovecraft or Junji Ito sense, versus just being weird in a way that is a synonym for odd, strange, or paranormal?

Well, first off, people have very different ideas sometimes about how to define the weird versus say the uncanny, the strange, the cosmic, the sublime, and so on. But, in general, that depends on how a particular author treats zhiguai. For those who just treat zhiguai as paranormal comedy or satire, very little. However, you’ll find a lot of this very specific kind of weirdness in zhiguai intended as nonfiction. Zhiguai which, in other words, go back to the genre’s roots. This material after all frequently claims that the actual world we live in exceeds the ability of our everyday reason to grasp it and, further, claims that our world is full of unseen threats and invisible dimensions. This can’t help but fill one with that special blend of dread, angst, and awe that marks cosmic horror and other flavors of the weird.

Weird fiction and nonfiction are found the world over. Is there anything that makes Chinese weird nonfiction or fiction unique?

Absolutely. The intrusion of an external and threatening strangeness beyond human reason into our everyday world, which partially defines the weird as a genre, and the ensuing sense of ontological instability and epistemological uncertainty, which partially defines it as an aesthetic effect, are in a Chinese context marked by Taoist and Buddhist metaphysics, as well as by China’s shamanic roots.

Thus, in the Chinese weird (as well as in related genres) we see a variety of metaphysical principles and ideas play out: the constant transformation of things, which is rooted in a view of reality as incessantly in flux; “ganying” (a supernatural resonance and interconnection between distant things and structures); “renfu tianshu” (a resonance and mirroring between otherworldly or “higher” dimensions and humanity); “ming” (fate); the law of karma; “yūgen” (or 幽玄, an originally Chinese Taoist and Buddhist term that connotes the deep, mysterious, elusive, and wistful beauty of a reality that ever exceeds our mind); Buddhist ideas about the inexpressibility and emptiness of ultimate reality, as well as the illusory nature of the visible world; a belief in fu talismans and sigils and other magical paraphernalia and practices that erase the mind/matter and symbolic/literal divide; and an embrace of both/and thinking. Additionally, one typically sees too in the Chinese weird qualities highly prized in Chinese literary art: an artistic use of silence, space, suggestiveness, and a narrative gesture that could be called koanic—in which the reader is moved to radically reframe their sense of self and reality through exposure to strange uses of language and irrational gestures.